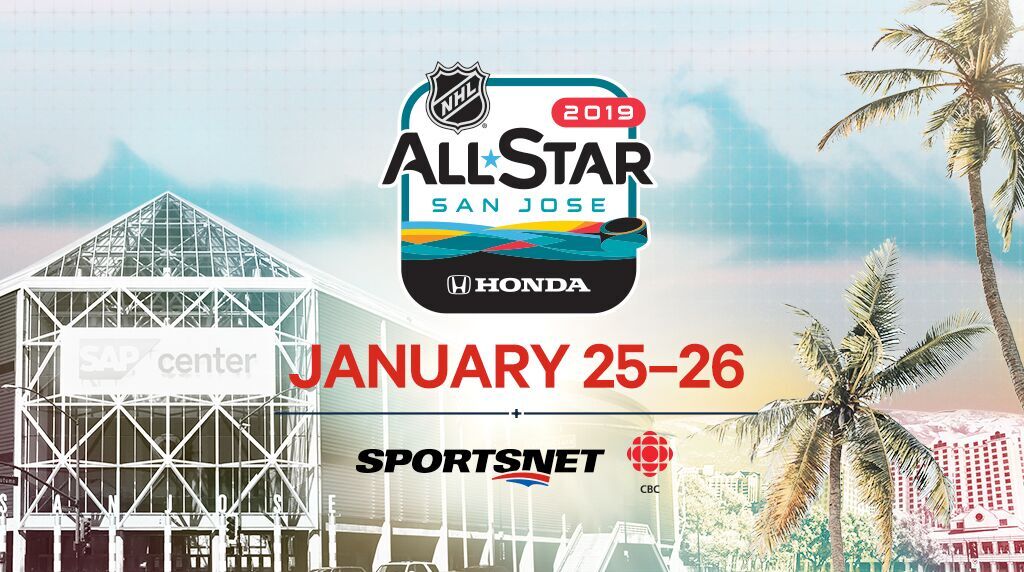 The City of San Jose and the Sharks host this year’s NHL All Star Weekend. The league’s mid-season showcase will take place at the SAP Center and features many of hockey’s most dynamic players.

Tune in to Sportsnet or TVA Sports on Friday, January 25 at 8:00 PM EST to catch this year’s NHL Skills Competition.  Watch your favourite NHL superstars compete in individual competitions to determine who has the hardest shot, fastest skating, best passing, most accurate shot, and many more.

For the fourth straight year, the All-Star Game will feature a three-game tournament, played in a 3-on-3 format, showcasing teams from each NHL division. Catch all the action on Sportsnet and TVA Sports starting at 8:00 PM EST on Saturday, January 26.

Bridgestone NHL Fastest Skater, where eight players will compete in a timed full lap around the rink.

Enterprise NHL Premier Passer, in which eight players will compete in three skills: Breakout Pass, Mini Nets and Target Passing. The player to complete all three skills in the fastest time wins.

Ticketmaster NHL Save Streak, where a minimum of 4 goalies and all 36 players will participate in a shootout grouped by division. Goalies must compete to make the consecutive saves.

SAP NHL Hardest Shot, where four players will attempt two shots measured in miles per hour, with the highest speed of their shot being recorded.

Honda NHL Accuracy Shooting, where eight players will compete in a timed shooting competition where shooter is positioned 25 feet from the goal line and shoots the puck at 5 LED targets located in the net, as they are lit.