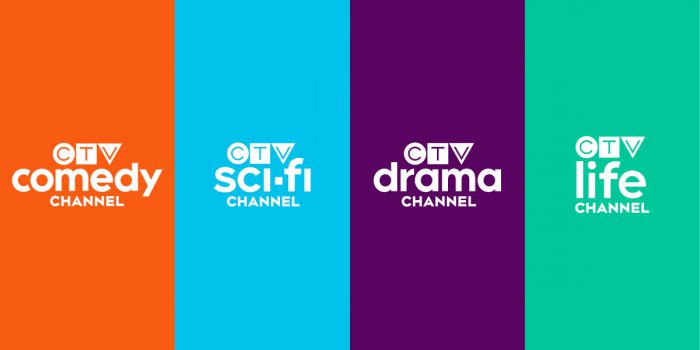 Bell Media, the owner of these channels, is leveraging the strong awareness level out there of “CTV” in this rebranding.

Here are some programming highlights for each of these popular channels:

CTV Comedy Channel is he Canadian authority on comedy. Get into the biggest sitcoms and late-night talk, A-list stand-up, hit movies and every other flavour of funny.

Enjoy all the antics on these shows and more:

CTV Comedy Sci-Fi is the super-fan of genre entertainment. Get into worlds with no limits, where fans connect to the heroes and galaxies we dare to imagine.t

You will want to watch these shows and more:

CTV Life Channel is a lifestyle influencer, with shows that inspire, with home and lifestyle series, amazing meals to savour and incredible places to explore.

Be sure to check out:

Sign up today and take advantage of our Free TV offer! Get our most popular TV package, Premium Flex, with over 60 of your favourite channels for 2 months FREE and then only $49.95.  Choose from one of four variations;  Classic,  Sports,   Family or Lifestyle, and catch all your favourite programming.