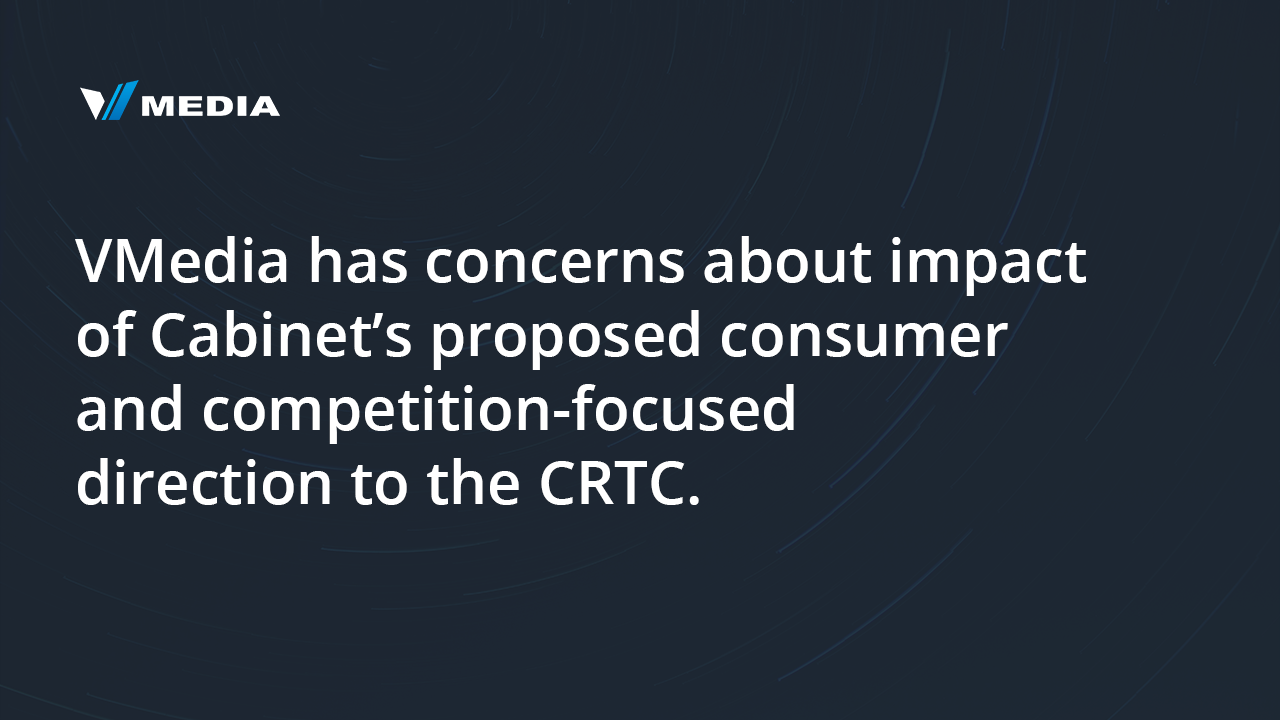 Toronto, Ontario, April 9, 2019 – VMedia Inc. has filed a submission stating its support for the recently published Order Issuing a Direction to the CRTC on Implementing the Canadian Telecommunications Policy Objectives to Promote Competition, Affordability, Consumer Interests and Innovation (the “New Direction”). However, the VMedia submission also expresses strong opposition to the continued existence of a previous direction, enacted by then-Minister Maxime Bernier (the “Bernier Direction”), which will continue to impede the development of a robust competitive market in internet and mobile services.

When initially announced in February, the New Direction appeared to be a clear mandate to the CRTC to put consumers and competition first, contrary to the Bernier Direction. However, when the details of the proposed order was gazetted in March, the regulatory analysis that accompanied the draft order stated that the New Direction “will exist in complementary fashion to the previous [Bernier Direction]”.

“We were initially elated, as the language of the proposed New Direction was so unequivocally supportive of introducing a more competitive market in Canada for these essential services, one that would rank us the best in telecom affordability and services among over 30 OECD countries,” said Alexei Tchernobrivets, President and CEO of VMedia, “instead of among the least, which is where we rank now”

The VMedia submission states that the continued existence of the Bernier Direction will “introduce a new, but equally counterproductive uncertainty to carrying out the important intentions of the New Direction”, and that “the New Direction provides a complete code for the approaches to be taken by the Commission in carrying out its mandate. There is no need for the perpetuation of the Bernier Direction, and it should be scrapped”.

“This was an unexpected qualification,” continued Mr. Tchernobrivets, ”leaving it unclear how in fact the CRTC will be better equipped to navigate between the demands for more robust competition and the historical limitations of the Bernier Direction which have allowed impediments to a competitive market to persist.”

The full text of the submission can be found here.