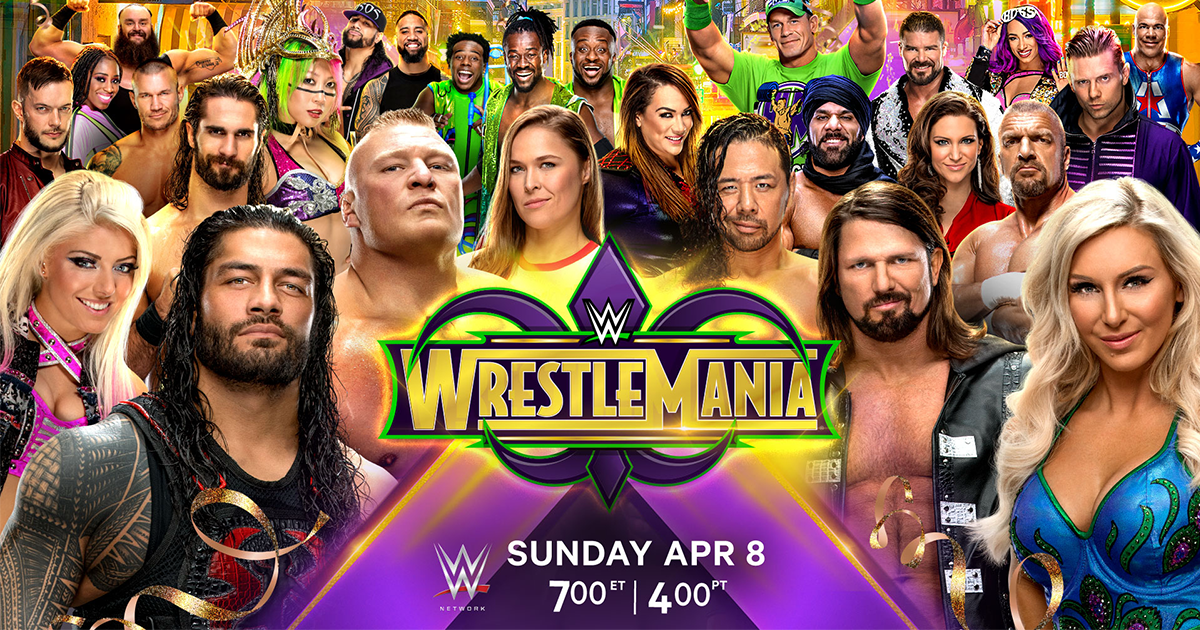 This Sunday, the WWE returns to the Mercedes-Benz Superdome in New Orleans, for one of the biggest pay-per-view TV events of the year – WrestleMania!

Featuring your favourite stars, from both Monday Night Raw and SmackDown Live, including John Cena, The Undertaker, Brock Lesnar, Ronda Rousey, Kurt Angle, Shinsuke Nakamura, AJ Styles, Asuka, Charlotte Flair, and many more. With all these stars under one roof, WrestleMania will surely be a spectacle fans won’t soon forget.

Will Roman Reigns upset Brock Lesner to become the new Universal Champion?  In a highly anticipated Mixed Tag Team match, will Ronda Rousey and Kurt Angle defeat Stephanie McMahon and Triple H?  Who will win the first ever WrestleMania Woman’s Battle Royal?  Add the WWE Network today and find out. Plus, enjoy WWE’s terrific programming 24/7, full of exclusive original series and reality shows, as well as all upcoming pay-per-view events.

Watch on your VBox, Roku, online at wwe.com, or using the WWE Network app available in Google Play and Apple’s App Store.  Never miss any of the action.

WWE Network is available in our UChoose store for $12.95/month. Add WWE Network from your My Account at www.vmedia.ca and get instant access.

Find out who wins this weekend, with VMedia!