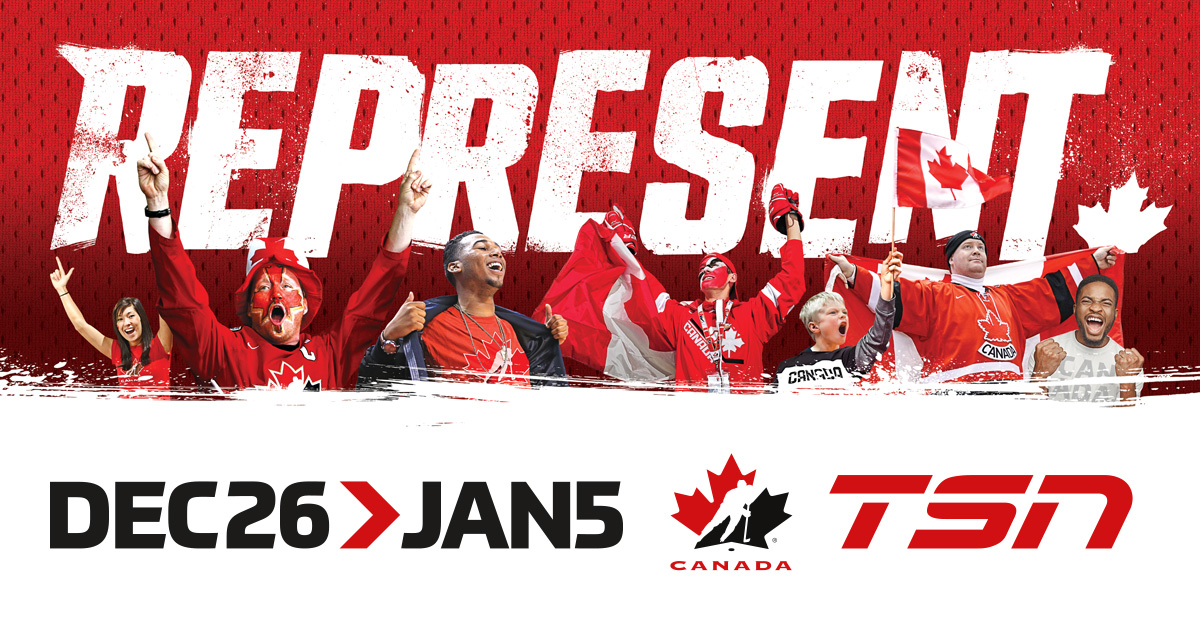 The 2019 IIHF World Junior Championship is right around the corner! Beginning on December 26th and running through to January 5, 2019, take a break from the holidays with the 43rd World Junior Ice Hockey Championships. This year, Team Canada defends its crown with the games hosted at Vancouver and Victoria, BC. This year’s tournament marks the 13th time that Canada has hosted the World Juniors, in what has quickly become a holiday tradition.

As always, Canada is one of the favourites.  Highlighting the Team Canada roster are three players with NHL experience: Jaret Anderson-Dolan (Kings), Evan Bouchard (Oilers) and Maxime Comtois (Ducks). Following Alex Formenton’s injury, Comtois will be the only returning player from last year’s gold medal-winning team. In what has typically been a tournament for elite 18 and 19 year olds, 17-year-old Alexis Lafrenière was a surprise addition to Team Canada, and will be the 9th youngest player to represent Canada at the World Junior Hockey Championships, joining previous notable underage players including Conor McDavid, Wayne Gretzky, Sidney Crosby and Mario Lemieux.  Lafrenière is expected to be selected 1st overall in the 2020 NHL Entry Draft, and is having a remarkable season with Rimouski in the QMJHL, where he’s scored 54 points in only 31 games.  In Goal, Canada will rely on what should be a dynamic goaltending duo of Canucks prospect Michael DiPietro, and Leafs prospect Ian Scott.  Both DiPietro and Scott are having standout seasons in the CHL and could give Canada the edge it needs to repeat as World Junior champions.

Russia, Sweden, and the United States will be formidable opponents, with Finland, Slovakia, and the Czech Republic vying to be this year’s Cinderella story.  Kazakhstan returns after a 9 year hiatus, having won the Division 1 championship last year with a convincing 6-1 victory over France in the final.

With 10 teams divided into two groups, the preliminary round begins December 26th and runs until the 31st, with the four top teams in each group advancing to the quarterfinals on January 2nd. The semi-finals will be played January 4th, and the medal games will be held on January 5th.

Below is the full broadcast schedule for the tournament:

TSN is your broadcast home for this year’s World Juniors. VMedia’s popular Premium Sports TV package is available for any sports fan with a roster of sports channels that includes: TSN 1, TSN 2, TSN 3, TSN 4, TSN 5, plus MLB Network, Golf Channel, Sportsnet, Sportsnet One, NFL Network, FOX Sports Racing, Game TV, and BIG Ten Network. Alternatively, add TSN to your existing TV line up through one of our great sports-centric theme packs, including: SuperSportsPack for only $16.95/month or TSN Plus for $10.95/month.

Sign up to VMedia TV today and enjoy your first six months FREE!